“After a 6:30 am set off, we headed down to the coast. The weather, initially forecasted to be dark and windy, was glorious and sunny and the waves glistened as they danced onto the shore.

Joey Holmes, from Cool of the Wild, and Abbie at the beach clean

“Perranporth beach looked spotless to the untrained eye, but we later learned that the strong coastal winds drag any litter three miles to the opposite end of the beach, dumping it against the rocky cliff edge. Access is limited to this part of the beach, with only those willing to walk the distance visiting. We also learned that this end of the beach was a nudist paradise. We could be in for quite a treat!

“The grunt of a Land Rover, clearly beginning to admit defeat to the elements, rumbled in the distance, pulling up beside us. We hopped in the back and with a jolt of the engine we headed down to the far end of the beach to uncover what plastic treasures had been washed up.

END_OF_DOCUMENT_TOKEN_TO_BE_REPLACED

Meet Abbie Baynes, one of our Account Executives who predominantly looks after the Hydro Flask, Reima and LifeStraw brands. She’s been with Spring since joining us as a Digital Marketing Apprentice four years ago. We’d describe her as our reliable rock – hardworking and dedicated with a bubbly fun side. How would she describe us? Let’s find out.

Abbie (right) in the Brecon Beacons

What brought you to Spring PR all those years ago?

“I was just about to go to university to study marketing but was struggling to come to terms with three more years of education and having to quit my part-time job to do so. Much to my parents’ dismay, I looked into alternative options and found that I could do a higher-level apprenticeship which would give me the best of both worlds. That’s when I came across Spring PR. I loved the idea of working in a small, friendly team and a business that was growing with room for me to develop.

“They were looking for someone to do digital marketing whilst attending college. I remember being terrified when I pulled up, dressed in my mum’s brand-new shirt (sorry, mum!) for my first interview. Thankfully, Stephanie liked me enough to hire me (well, she hasn’t said otherwise yet!) and so my marketing career began.”

END_OF_DOCUMENT_TOKEN_TO_BE_REPLACED

Are you looking for a new and exciting career opportunity to work at one of the most renowned active lifestyle PR agencies in the outdoor industry?  Spring PR is based in the picturesque Wiltshire countryside on the outskirts of Malmesbury and we are looking for a Senior Account Executive to bring their enthusiasm, expertise and energy to help us grow.

We’re a small team who pack a punch and work with some of the biggest and most innovative brands in the outdoor active lifestyle industry including Mammut climbing, Hydro Flask drinking bottles, SMITH sunglasses, Elliot Brown Watches, Polartec fabrics and Yogamatters.  We have recently gained a number of new clients and are now looking for someone with solid consumer PR experience to add value by hitting the ground running and taking ownership of a group of accounts.

We’re looking for a confident self-starter with proven media contacts in the consumer, lifestyle and national news sectors and meticulous planning skills.  Someone who is full of creative ideas, has a friendly approach, dedicated attitude, attention to detail and is keen to develop their PR and marketing career within our company would be suited for the role.

We are a friendly team of people with a number of long-standing employees and the company’s Founder, Stephanie Briggs, is still heavily involved.  We regularly organise and run media events, alongside our day to day office-based work and pride ourselves on a hardworking, enthusiastic, close-knit office culture.

END_OF_DOCUMENT_TOKEN_TO_BE_REPLACED

Spring client, Hydro Flask, has been working with Surfers Against Sewage (SAS) for less than a year, yet has already donated tens of thousands of pounds to the charity through its Parks for All initiative. 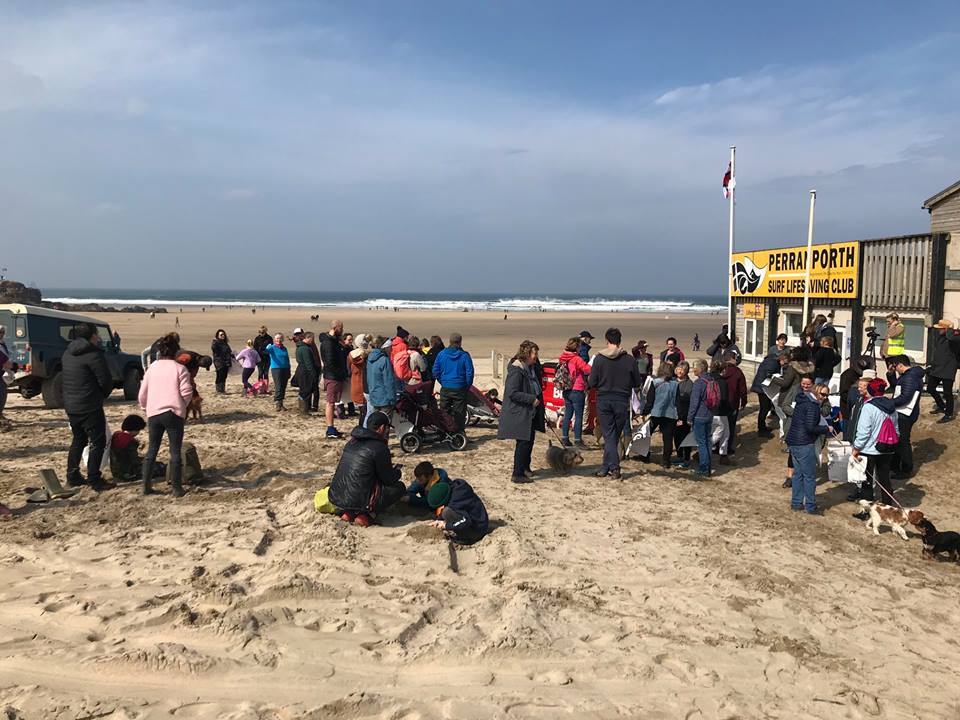 British charitable organisation, SAS, was established in 1990 by a group of surfers looking to protect our oceans, beaches, waves and wildlife. Hydro Flask’s donation has been put directly towards training regional SAS rep volunteers.

One of those volunteers is Lizzi Larbalestier. Lizzi lives in Perranporth in Cornwall and, alongside daily beach cleans, is a professional coach and Founder of Going Coastal Blue which specialises in ‘Blue Health’ – advocating the benefits of being in, near, on or under the water.

This month was a big one for Lizzi and the SAS team as their annual Spring Beach Clean took place. The ‘Big Spring Beach Clean: Summit to Sea’ saw over 40,000 volunteers turn up to 615 locations across the UK to pick up as much litter as they could find. Volunteers were then asked to record their findings to get a bigger picture of the type and brand of litter they’re finding.

The SAS Plastic Pollution Audit was launched in 2006 and highlighted the top 12 companies whose plastic was most commonly found on UK beaches – naming Nestle, Coca Cola, Walkers, Kraft, Tesco, Mars and Unilever among its ‘Dirty Dozen’.

We caught up with Lizzi to find out what gets her to the beach every day.

END_OF_DOCUMENT_TOKEN_TO_BE_REPLACED

Find the Perfect Mat for Your Journey

With over 20 years of serving yogis throughout their yoga journey, Yogamatters knows that one of the most important decisions to help along that journey is choosing the right mat.

Yogamatters prides itself in a knowledgeable team that understands not one yoga mat fits all. A recognition which has developed into a range of mats to satisfy every yogi – from daily practitioners to occasional warriors.

END_OF_DOCUMENT_TOKEN_TO_BE_REPLACED

Processing...
Thank you! Your subscription has been confirmed. You'll hear from us soon.