Broadly recognised as the absolute world leader in pole and glove systems, thanks to their philosophy of combining innovation, safety and comfort with attractive design.

The original walking pole company, LEKI poles invented the hiking pole after a successful launch in the ski sector.  The brand started life as a spin off from the wood processing plant of Karl Lenhart in 1948: they produced wooden letters for lettering used by bakeries and butchers.

Karl, an avid skier, wasn’t impressed by the functionality of ski poles at the time so made his own, which went into mass production in the 60s.  In 1974 the world’s first fully functional telescopic walking pole was developed and LEKI’s Makalu was born: the world’s first adjustable trekking pole system.

Using poles to aid walking brings huge benefits of which the Spring team are huge fans.  From increased calorie burn to upper arm work outs and increased speed and agility, we can’t recommend them highly enough. 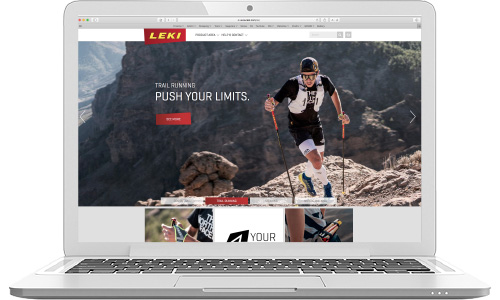