Aquapac to the Max 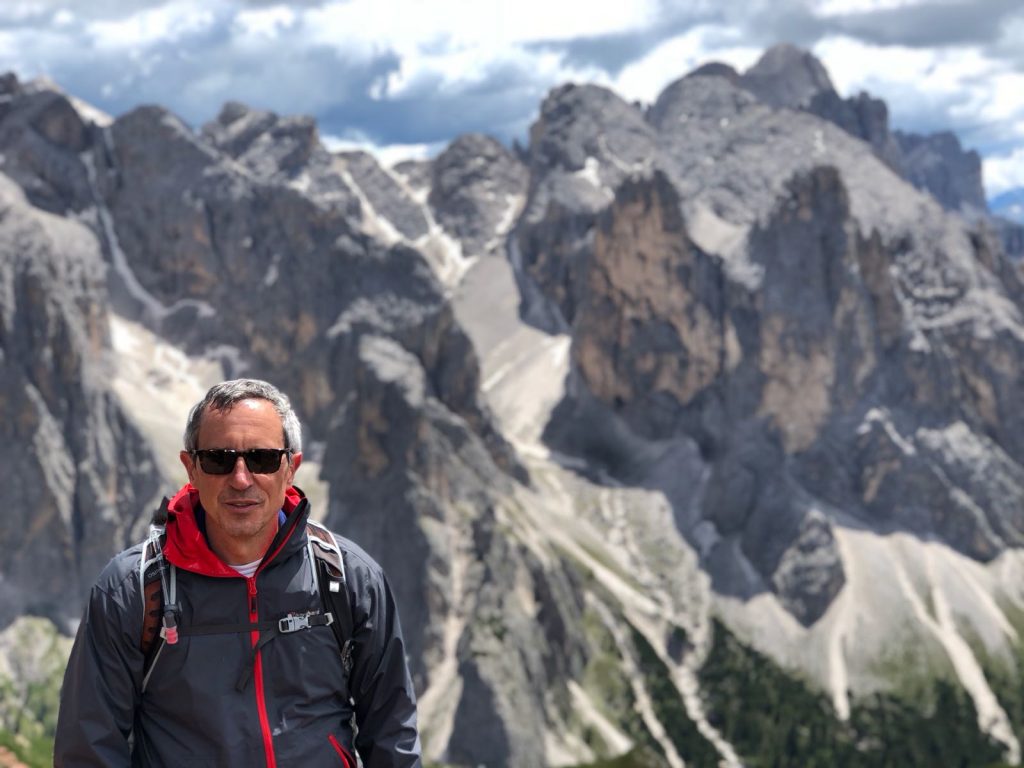 Aquapac, innovators of waterproof cases and bags has welcomed back Massimo (Max) Malavasi, one of the Company’s original founders.  His return as Co-CEO coincides with the re-appointment of Spring PR to handle the PR for the brand in the UK.  One of Spring’s tasks is to support Aquapac with the relaunch of the brand’s website and provide content for a new blog entitled The Expert Centre.

As one of the original founders of Aquapac, where did your inspiration come from to launch the Company?

“Two friends of mine had an idea to waterproof a Walkman (remember those?) when they first came out in 1982. We were in our early 20s, keen windsurfers and one of them asked me if I wanted to start up a company. Listening to music while you windsurf? ‘What an amazing idea!’, I thought. It was a lightbulb moment.

“We took a very basic prototype made of wood and polythene and developed it. We sold it to Boots and Currys but they didn’t sell through as the design wasn’t good enough, even though it worked.

“It did lead us to exhibiting at the London Boat Show in 1984. There, our first successful product emerged; a hand-held VHF radio which we still sell today in lots of different versions. When Sony launched the waterproof Walkman several years later we knew our idea was vindicated.”

What has brought you back to Aquapac?

“I left the Company in 1999 after running it for 16 years. I was tired and needed a change. I sold most of my shares (but kept 10%) to my successor in 2005. He decided to retire this year and I felt there was unfinished business. We bought him out and now wish to fulfil the potential of Aquapac.”

How has the Company changed and developed in the time you were away?

“The team here at Aquapac have done a lot of good work, many of whom have been here for 20 years plus. The main changes are the width and scope of the

product range. We have a wide range of waterproof cases and bags including duffles, rucksacks, daysacks and totes. I’m still getting my head around the whole range!

“Our core business is still 100% waterproof cases for phones, VHFs, tablets, cameras. We have also branched out more into specialised cases for the TV and film industry as well as some medical products.

“When we launched the Aquapac range in 1994, we were pioneers. There was really only one other company globally which we competed with and they were only focused on waterproofing cameras.  I have come back in 2019 and we have over 40 imitators and competitors. We have spawned a whole mini-industry.”

What are your hopes for the future of the Company and are these different from the original aspirations?

“We believe we have a great brand in Aquapac and it’s hard to think it’s been 36 years since launching. We are working on a number of new projects and 2020 will hopefully be an interesting year for the Company as we plan to launch about 20 new products.

“We want to make even better products which are both more practical and sustainable from design to materials to manufacture and for use by our customers. Bottom line is we want to satisfy our customers more and be more respectful of our planet. Our cases are designed to be ​used again and again.

“Next year will see also a whole new professional range of products. We have always been originators and pioneers and that’s what we intend to keep doing. Our mission is to find new solutions, make quality products and treat our customers well.”

What’s your favourite way to pass time on the water?

“I’m a bit older now but I like dinghy sailing and also sailing with some of my friends who own yachts. I whitewater-rafted again after a long time this summer which was a blast. I can see myself getting into kayaking and I’d like to explore some coastlines, especially around Cornwall and Scotland.”


What’s your favourite Aquapac product and why?

“Our VHF cases. Our first one was created back in 1984 and called the AQ2. It was our second-ever product and is now a family of products.

“In September 1982, I went windsurfing in Morocco with friends. I was swept out to sea when the wind changed 180 degrees and started to blow a gale. My friends swam out to help me, one successfully, but we couldn’t get back to shore due to the strong wind and current. We were at sea for 6 hours and blown about 7 miles out in a huge swell. We were terrified as there were no boats or anyone around so I began to despair. A ship carrying butane called the Butacuatro from Bilbao in Northern Spain, on its way to the Canary Islands, passed just 200 m away and stopped to save our lives.

“We were lucky, very lucky. It only twigged in late 1984 that what I needed was a hand-held VHF radio in an AQ2 to call for help that day. That’s why these cases have always been special to me. In 1988, a yacht owner came up to me at the London Boat Show and said our cases had saved his life when his boat capsized. I have heard that a number of times over the years.”

Have you ever dropped your phone down the toilet?!

“I dropped my phone down a toilet only two years ago. That was expensive! Otherwise, I am lucky enough to have a pretty good collection of Aquapacs, so this doesn’t happen very often. I’ve taken photos with Aquapacs on the Barrier Reef, in the Alps and lots of amazing places. Lots of great memories.”