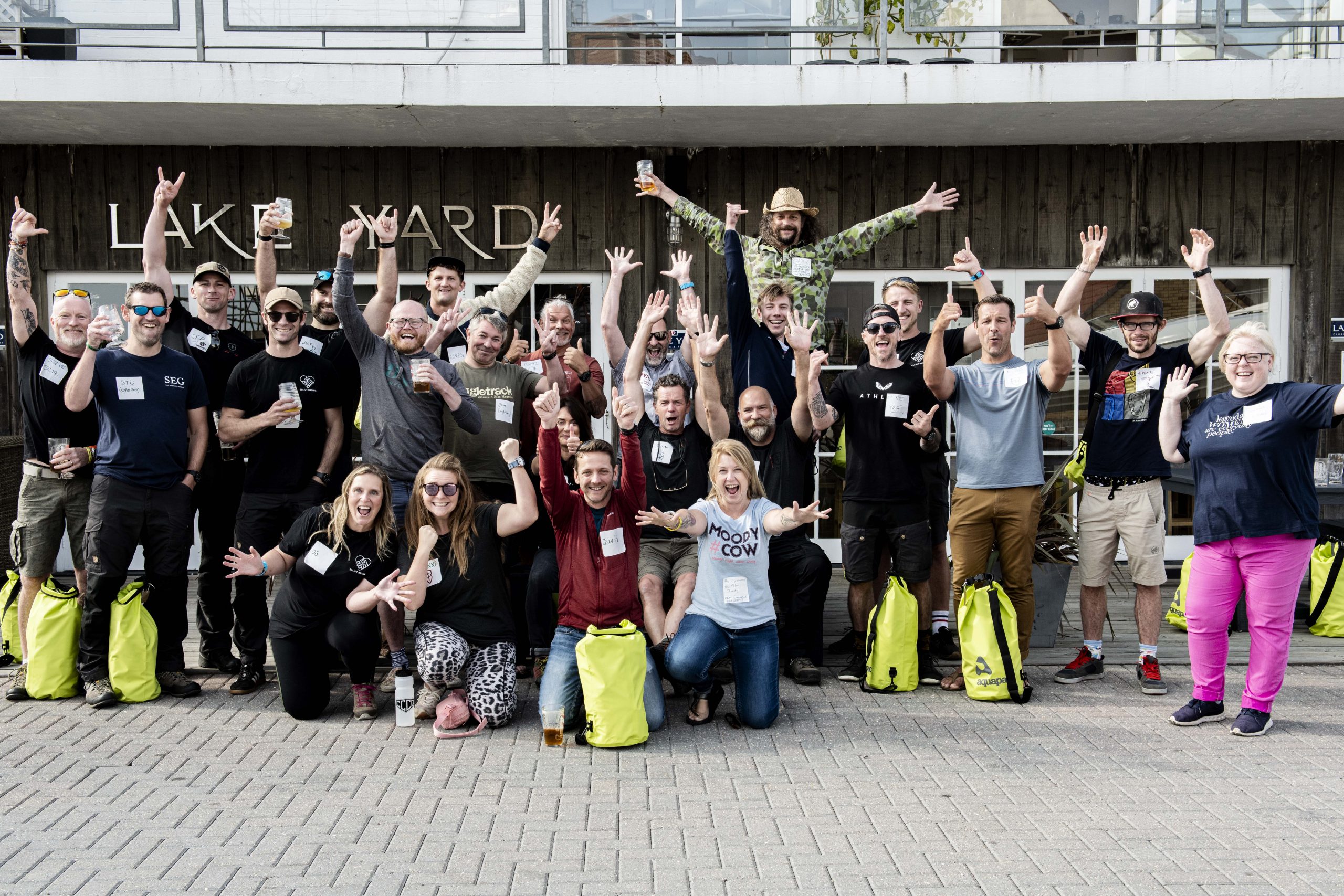 The weather was on its best behaviour as we hopped on board a ferry from Elliot Brown’s HQ in Poole over to Shell Bay. We passed the beautiful Brownsea Island and gazed in awe at the luxury homes nestled on Sandbanks.  With around 40 guests attending the Elliot Brown Camp Out, there was a cacophony of chatter as we all got to know each other. Joining Spring’s Stephanie and Jo were an inspirational crowd of athletes and record breakers each with amazing stories to share.  We were all ears!

We had a picturesque stroll to the campsite, where our bell tents had been erected, complete with beds and even a table with a mirror and lights.  I know, how spoilt were we?  Usually, it’s the Spring PR team getting everything ready for an event so we felt very lucky to be on the guest list.  After a quick change into swimwear, we were off paddleboarding. We were keen to learn all we could from SUP champion and Elliot Brown ambassador Ryan James.  Shout out to Ryan who just won the Mistral Hayling Island 21 KM SUP race!  After falling in a few times we all soon got the hang of it, well kind of.  Everyone welcomed the evening supper of fish and chips on the promenade while the sun faded.

Back at camp, we were greeted with toe-tapping, leg-slapping live music from local band The Leggomen. We sat around a roaring campfire, catching up on the day’s activity while sipping on rum or a cup of tea for some of us!

The following morning, the campers were surprisingly spritely, considering the late night, and after several cups of caffeine-packed Contact Coffee some of us braved the nearby reservoir for a spot of wild swimming.  Then it was off to a nearby site for lessons in deer dressing, axe-throwing, archery and fire lighting.

On returning back to camp with full bellies how wrong were we if we thought we were going to rest up. Giant inflatable bubbles greeted us instead.  You guessed it, we all did football zorbing.  Well, that was the plan.  What actually happened was a mix of collisions, rolling around and getting stuck upside down with legs flailing!  After a side-splitting time, the evening kicked off with gin tasting courtesy of Dorset’s premium gin distillery Conker Gin and a thought-provoking brainstorming led by Dark Swan.  Some of us headed off to bed before the witching hour, whilst a small group of party animals, led by Elliot Brown’s founder Ian, continued into the early hours.

Sunday was no day of rest as the camp packed up early and headed off to coasteering.  There were two groups, the first headed off to Dancing Ledge to brave an eight-metre high leap into the sea. Our group went to Winspit where we did confidence-building tasks and then one final three-metre jump into the English Channel.  What a way to end the weekend!   As Ian quite rightly said as we were all departing, “How on earth do we beat that weekend?”.

A massive thank you to all the team at Elliot Brown Watches. We had a fantastic weekend packed with fun and laughter, with friendships made and bonds formed.  The Elliot Brown Family is stronger than ever!