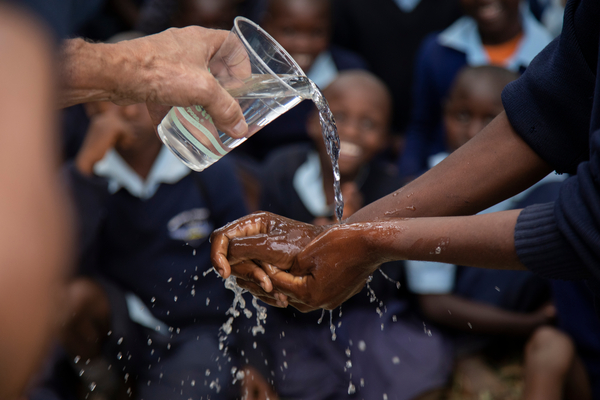 “We faced each new challenge with an unwavering commitment to doing what is right by planet and people.”

After celebrating its official certification as a B Corp and second year of certifying as Carbon Neutral, 2021 saw LifeStraw’s largest response in a single year to emergencies and millions of single-use plastic water bottles offset through the purchase of LifeStraw products. Working with grassroots organisations across the world and with the help of the community, consumers and partners, LifeStraw impacted close to 2.5 million people by providing equitable access to safe drinking water. We unpack some of the key statistics shared in this latest report.

Last year, unprecedented humanitarian and climate-related emergencies took place, leading to the Company’s largest response in a single year to emergencies.LifeStraw reported that 508,165 people were reached with safe water in 23 countries. In 2022, LifeStraw continues this work in Brazil, Navajo Nation, Haiti, Tigray Ethiopia and, most recently, Ukraine.

Since the start of the conflict in Ukraine, four million people have fled the country. The majority are women and children. Responding to this humanitarian crisis, LifeStraw and its European partners are proving safe drinking water and other critical needs to those forced to flee. LifeStraw has shipped over 800 personal filters and high-volume water purifiers with more shipments scheduled in the coming weeks.

For every product LifeStraw sells, a school child receives safe water for an entire school year through the Company’s Give Back programme.Since the programme’s inception in 2014, 6,096,729 children have received a year of safe water and life-saving water education. In 2021, the Give Back Programme operated in over 2,200 schools. LifeStraw continues to employ over 40 full-time staff members in western Kenya who operate the programme year-round.

Guinea worm disease affects communities that don’t have access to safe drinking water. LifeStraw partnered with the Carter Centre in 1994 to create a mesh filter to remove the parasite larvae from water. At the time, there were more than 100,000 cases in 18 countries. By 2021, there were only 14 cases in 4 countries. Once fully eradicated, it will be the first disease to be removed from the planet without the use of a vaccine.

Last year,an astounding 129 million single-use plastic water bottles were offset through the purchase of LifeStraw Home pitchers and LifeStraw bottles. On top of this, 400,000 litres of water were saved through the recycling of test water at LifeStraw’s lab and 2,140 kgs of used LifeStraw products were upcycled in Kenya to make handwashing stations for COVID response in schools.