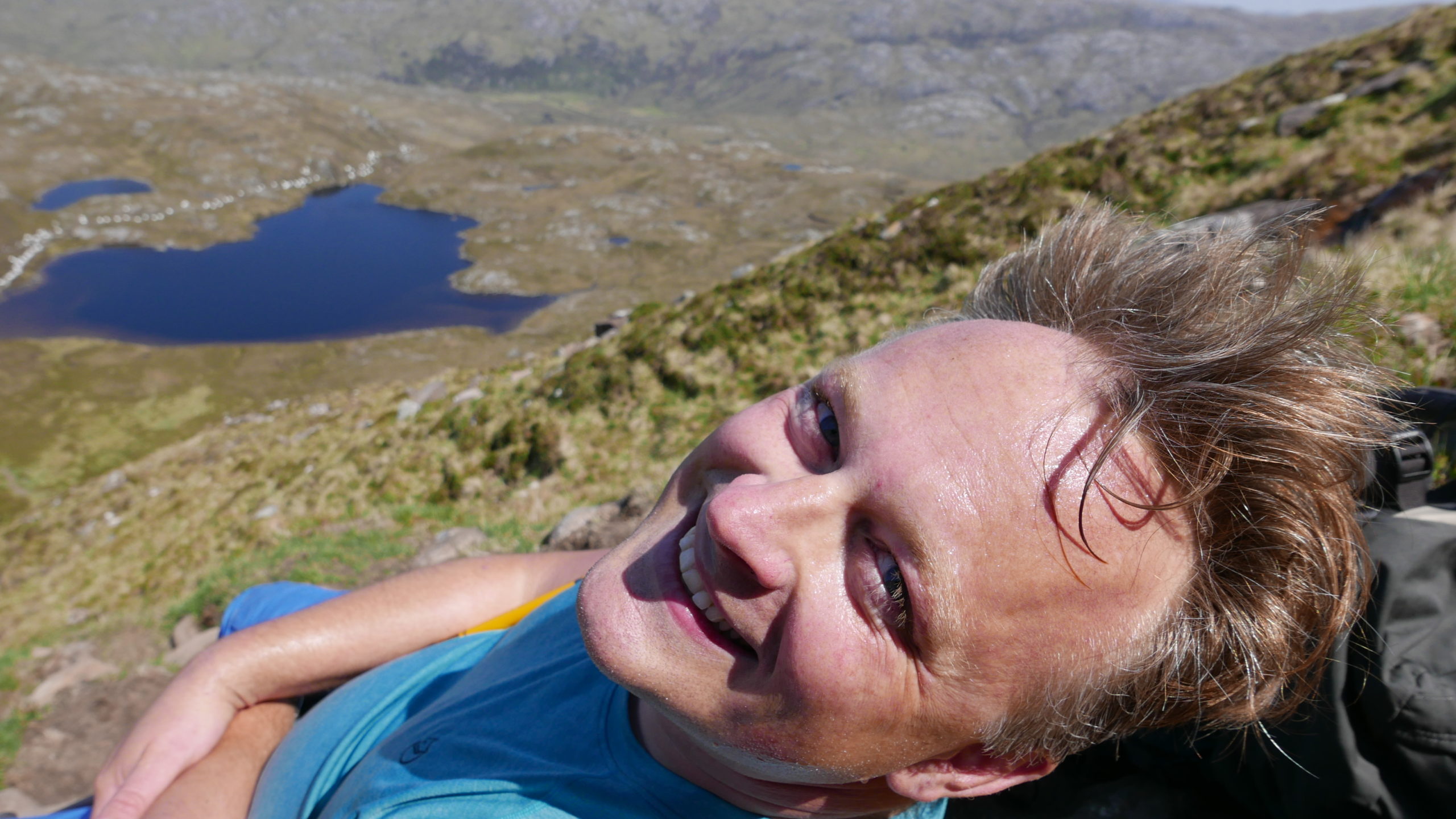 Working in a small industry like ours means you invariably come across people you’ve worked with in another, shall we say, life?  Or is that a little melodramatic?  Well, whatever term you use, Chris King has come into our lives – again – and we couldn’t be happier.

When we first met Chris

We didn’t work with Chris King for very long.  We were knee-deep in Primus stoves at the time of his Rosker arrival.  Riding the wave of hard-earned Primus publicity, think Gadget Show, BBC Travel Show, T3, GQ; if the medium had a thirst for outdoor adventure we were on it.  Meanwhile, Chris was quietly bedding himself in at Rosker.  Our paths crossed, we shared a beer or two or three: it was ISPO, what can we say!  We dined out in Munich with the Rosker team and then our paths went in different directions.  So long Chris.

And now he’s back in our Spring lives, working for Ardblair!  We have been reminded of his vibrant personality and unhindered enthusiasm.  Yep, it’s great to see him (although we would prefer circumstances to be different. We’ll come to that later.).

Chris entered the outdoor industry 15 years ago following a stint in the travel industry, which he’d left because it wasn’t young family compatible.  He knew that he wanted to do something that was both personally interesting and that he could make a career from too. Chris joined Equip (owners of Lowe Alpine and Rab brands) and had a massive culture shock.

He says “I remember there were bets on how long I would last.  It wasn’t until I’d passed the six-month mark and someone congratulated me, that I realised they didn’t think I’d make it!  One of the hardest things I’ve ever done is move industry.  Culturally, travel and outdoor are so different”.

Following a stint at Mountain Boot Company (distributors of brands including Scarpa and Deuter) he eventually arrived at Rosker’s door.  Chris says: “What got me about Andi and Ralph at Rosker was their sense of humour.  They just seemed rounded.  They were eclectic individuals”.

Chris served Rosker (which later became part of the Fenix Outdoor Group) diligently and faithfully for seven years: “It’s been this amazing bucking bronco of growth, moving from being a distributor to behaving and thinking as a brand and all those growing pains that come with that as well.  Taking on Hanwag as brand manager was an amazing learning curve”.

“You have good times and you have bad times, but you keep on learning and stay true to your values,” Chris says. I believe in learning from negative experiences because it gives you a greater understanding of why things need to be. You learn about who you are too. These positive learnings you’ll recognise when you chat to industry friends”.

“However, after seven years, it’s time to move on.  Part of this is about being a bit older and part of it is having done the job for seven years.  When I got the call from Ardblair about the role of Head of Sales I thought fantastic!  It’s a whole new learning curve”.

In his role at Ardblair, Chris King will be responsible for Italian footwear brand AKU and LEKI, the infamous pole brand.

“Over the years I’ve become less of a product geek and more about understanding the commercial underpinnings.  I’m ready for a new challenge.  I don’t think a brand or a product has a natural right to exist.  That right has to be earned to stand a chance in the marketplace.   “As well as a healthy inline presence that continues to grow, AKU is also well established in the military market”.  Lilian’s been doing a great job with AKU for donkey’s years.  I hope I will be able to build on that, to make a difference.”

Funnily enough, Chris’s move was akin to a military operation itself.  He says: “When I decided to work for Ardblair I definitely wanted to do the right thing by Ralph and the business.  I needed to exit ‘conveniently’: Ralph was retiring and I didn’t want to encroach on that”.

And there we have it, the sad part.  Chris King is replacing our dear friend and work colleague, Lilian Sullivan, who, like Ralph, is retiring.  She leaves her position as Director of Sales at Ardblair at the end of March.  And do you know what?  By a strange twist of serendipity, both Ralph and Lilian were born on exactly the same day, in precisely the same year and have consequently retired at the same time.  Chris moving from one retirement situation to replace the other.

Lilian, you will be greatly missed by many.  But, she assures us, she will stay in touch and our friendship will continue to grow.  We’re sure of that.  In the meantime, we’re looking forward to a new working relationship, helping the continued growth of the LEKI and AKU brands.  Welcome onboard Chris, we’re excited to work with you and to sharing a beer or two at ISPO, natch.