Getting your child used to doing good 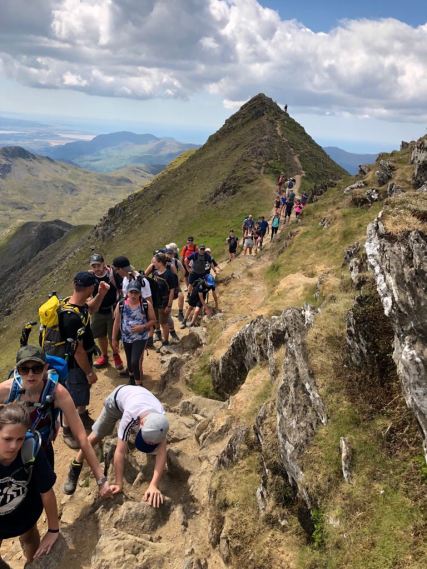 We are HUGE fans of Matthew and Natalie Jackson of National Geographic Traveller.  Not only because Matthew gave Stephanie and Naomi a lift to the OTS venue when they were struggling with a huge box of Hydro Flasks, but because they are good eggs.  One such good-‘eggmanship’ example is how they successfully encouraged their daughter to create something special to benefit others.

The Bnei Mitzvah Charity Challenge was set up by Matthew and Natalie in 2017.  They wanted their daughter Leah to do something special to mark her Bar Mitzvah. This is an occasion for Jewish children when they turn 12 (for girls) and 13 (for boys). It’s a celebration of a coming of age and is called their Bar or Bat Mitzvah.

What does it do?

The family realised a few friends also wanted to do something altruistic so they organised a weekend in the Lake District. The challenge involved each child climbing two mountains. They were allowed to take one parent, creating a special bonding opportunity.   The kids all picked their own charities based on something that was special to them and they each raised money for those charities through JustGiving.

Since the idea’s inception in 2017, the event has taken place every year. It alternates between Snowdonia and the Lake District. This year it’ll take place in late July, and will involve over 80 people. The teams will stay at the YHA Patterdale and climb St Sunday Crag and Helvellyn (across Striding Edge) in the Lake District.   Everyone attending pays their own trip costs so the charities receive 100% of the donations. The climb has already raised over £150,000 with over 50 charities benefiting.   Matthew and Natalie also have a sponsored fund to help pay for families that could not otherwise afford to go. The fund also provides kit for those families.

How can I get involved?

If you want to donate here are a couple of the fundraisers for this year:

← Our favourite plastic swaps Plastic-free July: what's everyone doing about it? →