How we created goals after an inspiring evening 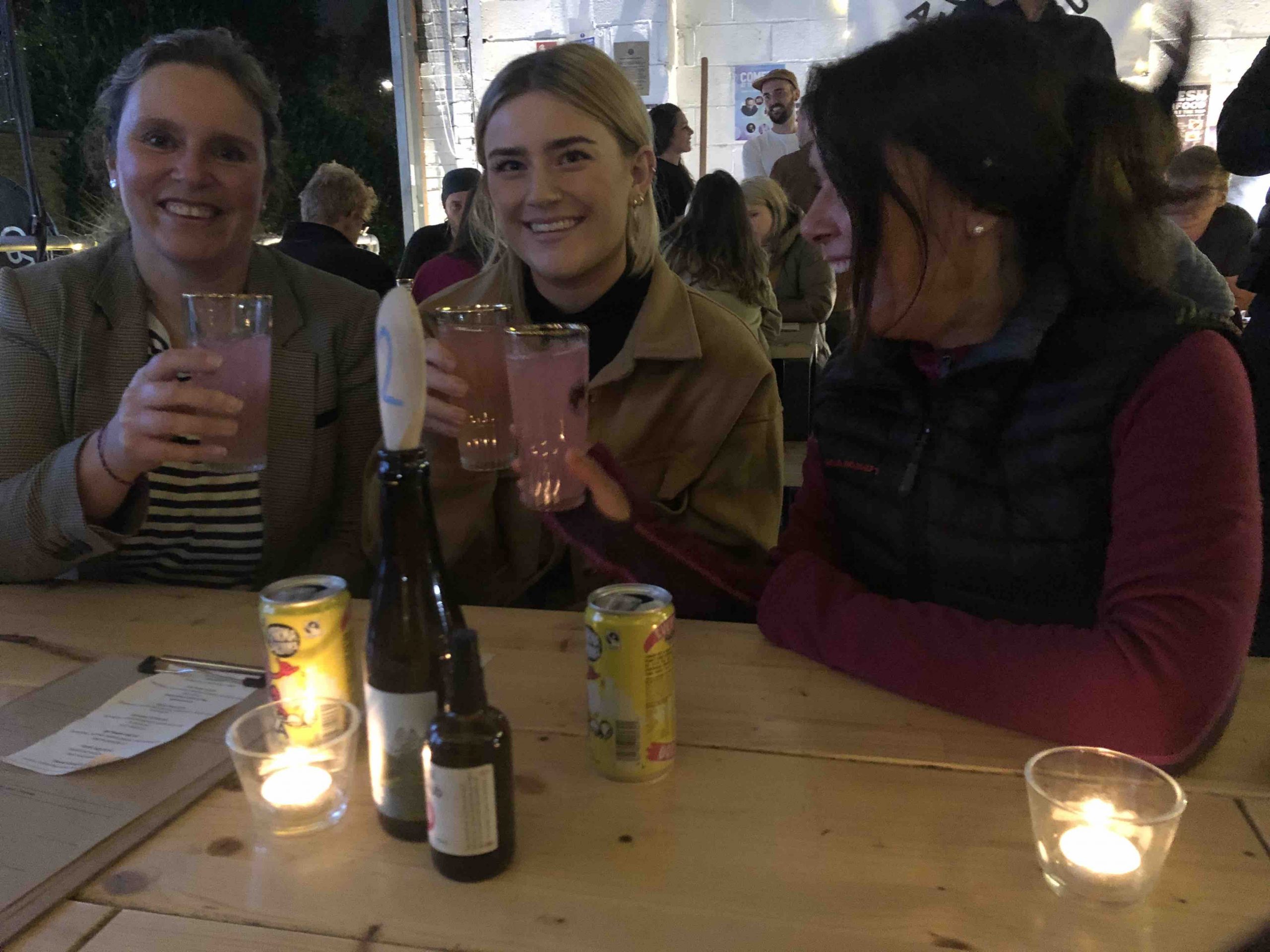 The Creator’s Tour. Have you been yet?  If you haven’t we would strongly recommend you pop in if you can.  The geniuses at Sidetracked have come up with the awesome Creator’s Tour. We were privileged enough to attend the launch event in Bristol on the 14th of October.  What was it like?  We’ll tell you ….

The venue chosen showed a great flair for looking beyond the obvious. Because it was hosted at Lost and Grounded Brewery, there was plenty of beer on tap. So, as you would expect in a Brewery, guests sat among fermentation barrels (which were thoughtfully interspersed with fairy lights, art exhibits, wooden benches, and tables).  It was cosy. The ambiance was spot on in fact.  Talking with John Summerton, founder of Sidetracked and one of the instigators of the whole event, the venues were the brainchild of Daniel Neilson.  Daniel and John go back a long way and are as thick as thieves.  Because Daniel is now pursuing a path of beer writing – can’t argue with that – he suggested hosting the event in breweries. His knowledge and contacts helped John to nail some awesome venues for Sidetracked‘s first-ever film tour.

“The Sidetracked team has been amazing in working to make this happen,” says John. “We are also really grateful to Craghoppers for their sponsorship of the whole event. We’re seeing the Craghopper guys in Manchester and London which will be great,” John said.  “They have been really easy to work with and enthusiastic about the whole event which has helped hugely, especially as this is the first one”.

The evening was relaxed. There was plenty of time to drink the on-site beer and order a pizza from the wood-burning stove/van outside. This was because John had given a lot of thought to the schedule. The Sidetracked team was keen to make sure this was a social event following the long months of restrictions and curtailed physical interactions.  First up was a collection of short films which were introduced by Jenny Tough. Because Jenny is an adventurer in her own right she was a perfect choice.  As John says, “Jenny does a lot of work with Sidetracked and has become an important part of the team”.

Film watching was punctuated by an inspiring talk by adventurer and photographer Ian Finch. Ian shared his experience of tracing the steps of the Cherokee Indians.  It covered 1200 miles of the “Cherokee Trail of Tears” and was both moving and enlightening.  The journey took 81 days. It centred around the 1300 mile removal route of the Cherokee Indians following the invasion of the West.

And what goals did the whole event inspire in the Spring team?

We have to admit, that as a team we found the films and talks motivating because they featured real people doing extraordinary things.  “For a start, Mirna Valerio’s film on how what you look like shouldn’t get in the way of your dreams was really inspiring.  It gave me the confidence to give the One Run Global my all” says Jo at Spring.

“I agree,” says Abbie emphatically “I loved the surf film and have made up my mind that I definitely want to give it a go”.

Did John think it was a success?  “Yes, absolutely.  It’s great to have people all together again because enjoying a drink with friends is what we’ve all missed. Listening to inspiring stories too makes for a great night in my mind.  This is the first one we have hosted and yes, we’ll tweak some elements but for me, it’s a great success.”

We agree John and look forward to seeing next year’s lineup.  Check out the remaining tour dates here.

← How about a new job with a bright dynamic and enthusiastic team? What Inspired You To Climb? →