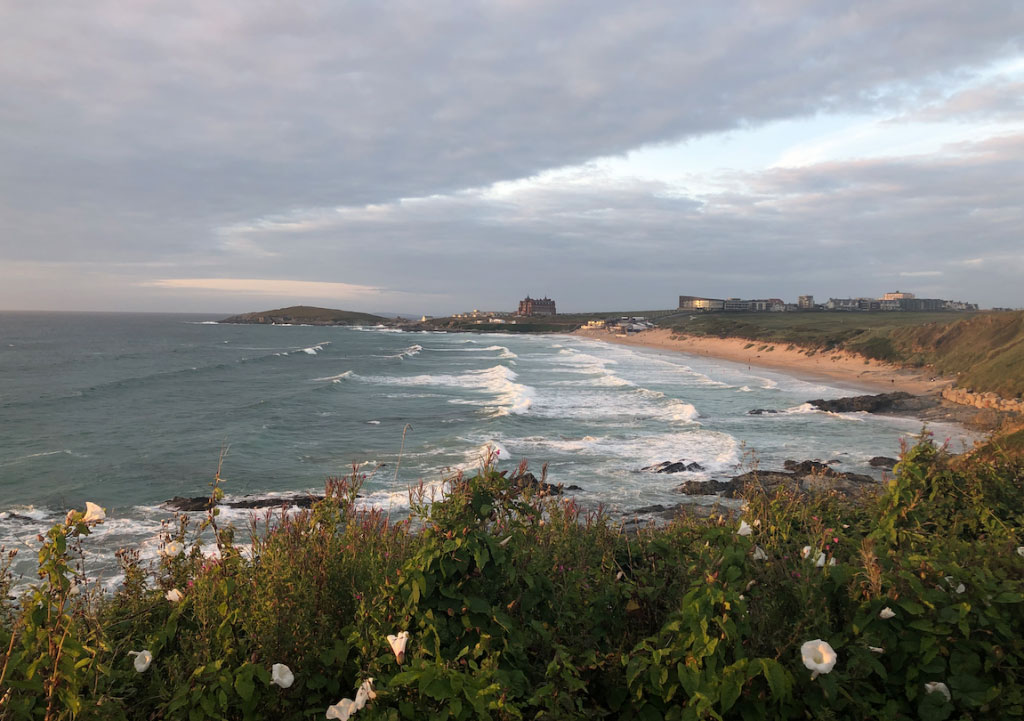 This summer, just hours before the gates were due to open, the ever-popular Boardmasters Festival was cancelled due to severe weather warnings. It was a big blow (sorry for the pun!) to Spring and our client, Hydro Flask, who had exciting plans for the surfing and music event.

So how do you turn news like this into a positive result for your client? Our very own event-extraordinaire, Abbie, was on hand to make sure it was a success.

Why did you choose to attend the Boardmasters event on behalf of Spring?

“We attended Boardmasters because vacuum insulated drinking bottle brand, Hydro Flask, is becoming super popular with the surf market, no doubt thanks to the fact Hydro Flask sponsor the World Surf League in the USA. Attending Boardmasters, a festival which celebrates surf and music, was the perfect way to target those consumers.”

What were your plans for the event?

“Our biggest pull was the fact we were giving away a massive 400 bottles over the weekend through our ‘beer pong’ game. The queue to play the game was never-ending! On top of this, we were selling on the stand and we also offered MyHydro for the first time in Europe, which allows consumers to personalise their bottle with a different colour lid, strap and boot.”


How much time and effort had you put into your planning?

“Attending large events, especially for the first time, always takes a lot of planning. We started preparing for Boardmasters a year in advance (August 2018) and then preparation was continuous from then until the actual event in August 2019. Time spent planning increased in the final months prior.”

How did you find out about the cancellation news?

“We found out about the cancellation in the middle of the night after receiving an email from the Boardmasters team. Strangely though, we’d actually heard from a hotel concierge that they were going to cancel the day before it was announced due to the impending weather but brushed this off as a rumour. Little did we know…”

What was your first reaction…and then your second!?

“Sh*t! was my first. My second was a mash-up of thoughts about my next steps: phone the volunteer staff, let the UK sales agent, Matt, know, get in contact with our van driver to see if he can come early… It was definitely a moment of sheer panic! Thankfully, I’d just taken up yoga so took a deep breath, did a forward fold and let Leonie from Hydro Flask in Swizterland know (who had also come over to help) before making calls. Once we were up and dressed, we headed down to the festival site to find out what was going on.”


How did your prior planning help you to react positively?

“Everything was very organised, from saving phone numbers to having a Gantt chart with all the details of the festival on which it made it really easy to give people the heads up. I think it’s fine to have a moment of complete panic so long as you can pull yourself together and get on with it afterwards.”

How did your plans change?

“The music festival was cancelled completely but the Fistral Beach site, where Hydro Flask was positioned, was opened on the Wednesday and Thursday – then closed Friday until Sunday. We made the most of the two days at the Fistral Beach site and had what the organisers called ‘the busiest stand at the festival’.”

What did you get out of the day in the end?

“We met with lots of really great consumers, saw some awesome surfers and also made connections with other brands who attended the event. We had huge queues of people lining up to play our beer pong game and we even got rid of 200 Hydro Flask bottles per day! It was a really successful event for the two days that we were there, and we loved every minute of it.  The sun shone for the first two days with the storm hitting at 5 pm on Thursday night – just as we were packing down.”

Would you go again? “One million per cent.”