OutDoor by ISPO Round Up 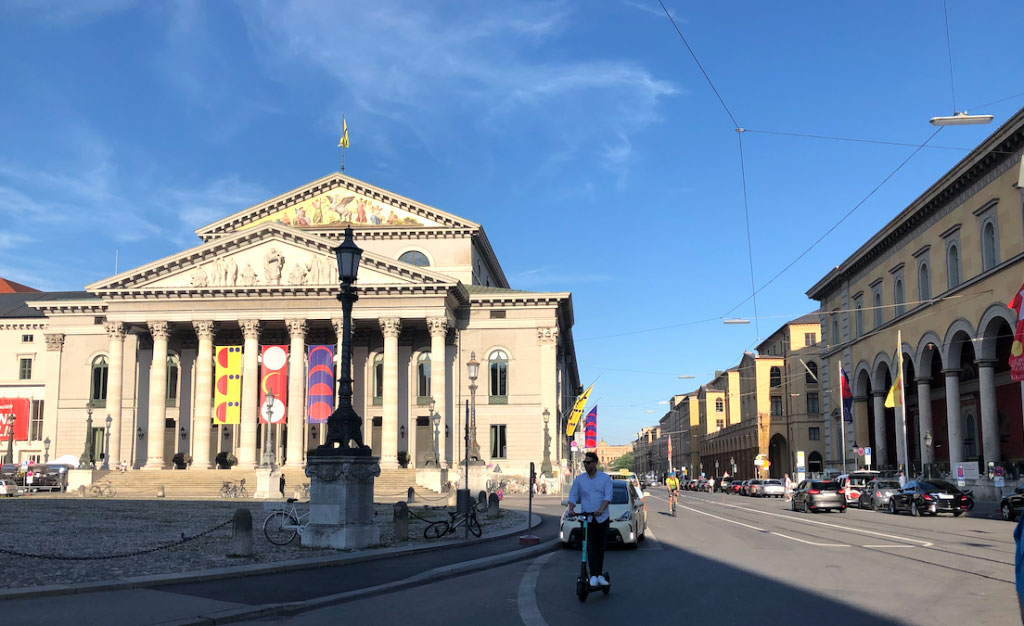 July is one of the biggest months in our industry for trade events. For the first time, ISPO moved locations from Friedrichshafen to Munich and was renamed ‘OutDoor by ISPO’. According to Jo, it was “hot, hot, hot! We won’t be packing our jeans next year”.

Although the show appeared busy, we were under the impression that there were fewer people than normal, “As a new show it was quieter than past events in Friedrichshafen; but then some brands were perhaps being cautious and not committing to the first one in order to check it out and make a decision for next year.”

But Stephanie ponders whether it was an illusion, “I wonder if it was because the halls are bigger and the walkways between a lot wider. I believe the attendance figures were similar to last year, but because the space is configured differently it felt emptier.

It’s a thought mirrored by Outdoori journalist, Peter Luscombe, who was impressed by the planning and layout of the halls with their open aspect and wide spaces resulting in a “much more productive atmosphere” with the feeling of a “shared event rather than a succession of meetings”.

“Saying that”, adds Stephanie, “there were definitely fewer journalists flying out. Based on our records, media attendance was down 30 per cent – which could be explained by OTS in Manchester being a week later.”

New style ‘hubs’ became informal breakout areas where people could mingle, network and learn. Spring client, Nikwax, discussed sustainability at the CSR hub and AKU talked about sustainability in footwear at the Sustainability Kiosk in Hall A5.

In the evenings, the new location proved to be good fun and great for catching up with clients properly. Jo said: “We got the opportunity to have dinner with Lilian and Simon from Ardblair Sports at a restaurant in the centre of Munich.” But Stephanie adds that there was still a longing for the atmosphere of Fred, “In conversations there was a relief that it wasn’t such a pain to get to but there was a cathartic longing for Friedrichshafen and its idiosyncratic villages and the lake with the beautiful restaurants that surround it. The outdoor vibe that was prevalent isn’t so prolific in Munich.”

But the new location did please with it being logistically much more manageable and easier to get to: “It was lovely to see Munich in summer as we’ve only ever seen it in winter whilst being knee-deepin snow.” Said Jo, Abbie added: “Munich is also great because there’s a u-Bahn metro system making everything easily commutable.”

What were the results?

According to ISPO and cited by Outdoori, there were 1,018 exhibitors with 84 per cent of them being international. They were all vying for the attention of 22,000 trade visitors. ISPO called it a “huge success” with 87 per cent of their visitors rating this first event as good to excellent. The style of the halls was slightly different – as referenced above – organised more like a shopping mall and making stalls more eye-catching for passing trade. According to Outdoori, OutDoor by ISPO “hit the mark” and fully justified the confidence of its stakeholders.

There were two incredibly obvious trends this year: plastic-free and sustainable. “This was plain to see in the use of materials the stands were made up of –

both recycled and upcycled materials made a big impact.” Says Jo. The lack of carpet, which must produce an incredibly hideous amount of waste for trade shows normally, didn’t go unnoticed also.

“Nikwax had ingenuously taken a crate which had been full of product brought to the show and repurposed it into their reception desk. AKU was interesting as well as it had chosen to design its logo using recycled corrugated cardboard.”

When it comes to colour we all noticed two in particular –“electric blue with flashes of yellow” says Abbie, with Mammut and AKU (left) showcasing new boots in this fashion-forward colourway. This bright, colourful vibe was also witnessed at Hydro Flask and LEKI who had both incorporated exciting neon detailing in its 2020 products.

There was a healthier feel to the show as well with fewer sweets and treats on the stands and more fruit – like big bowls of apples – which was good to see.

Who hit the mark?

We loved the reveal of LifeStraw’s new Home pitcher and Darn Tough’s vintage vibe with its range of athletic socks (right). Following Peter Luscombe’s thoughts, Jo said: “The Mammut stand was open and spacious and had a really cool rope making machine in the middle of the stand that generated rope in a mesmerising fashion. It was then cut into pieces and made into key rings to celebrate Mammut’s heritage with a Swiss flag design.” (Left).

Stephanie says, “I loved the Borderlands area where Polartec was. It gave off a young, independent vibe and was very different to the rest of the trade show experience. The stands couldn’t have been more different: Polartec comprised a shipping container, was on two levels and had a structure made out of scaffolding poles. It was a bold move to break from the norm into this new concept area but we think it was a good one.”

This meant Polartec was close to many of the lifestyle brands giving them a chance to showcase their growth away from purely traditional outdoor activity clothing. Something you can read about in our interview with Gary Smith.

← Which Work Experience Placement is Right for Me? “Outdoor Is Everything That You Do When You’re Not Indoor” – Introducing Tech-Causal →