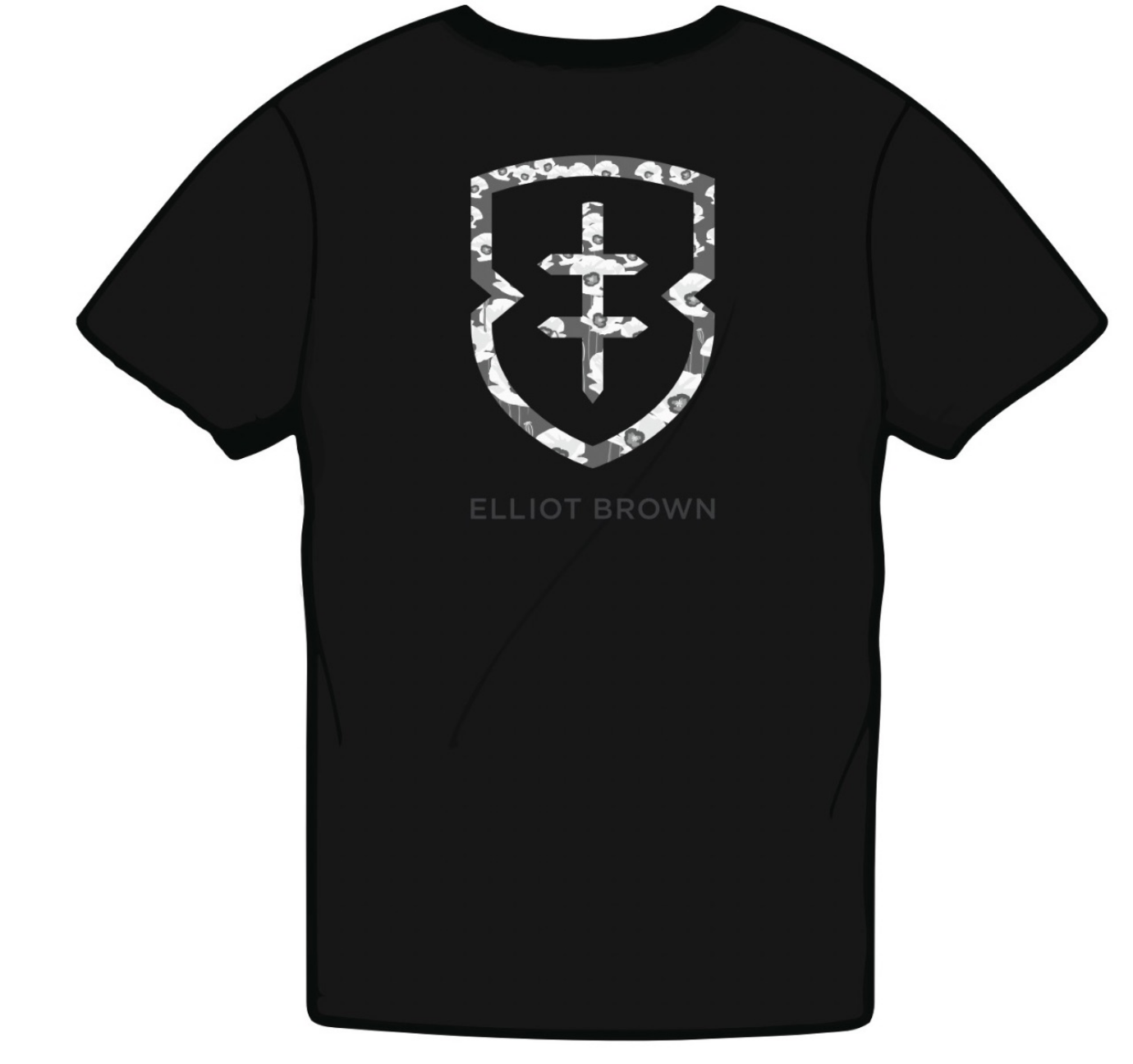 We’re loving Elliot Brown’s latest altruistic campaign. They wanted to help keep the flame of Remembrance Sunday burning whilst helping the Royal British Legion raise as much money as they could.

Elliot Brown Watches has empathy at its core. The team was concerned by “how much harder it must be this year for volunteers of the Royal British Legion to raise money selling poppies.” This gave them a thought. Let’s design a poppy inspired t-shirt! The t-shirt would be designed for use year-round as opposed to just two weeks in November. Genius!

The team at Elliot Brown was high on the success of their recent NHS t-shirt fund-raising campaign. (We all bought one, naturally!) Could they do it again? Of course, they could! The new, limited edition t-shirt will give owners a year-round fuzzy feeling. But there’s a secret. Only those in the know will recognise its significance. Why? Because, in the same way, Elliot Brown designs their special edition watches, the design is deliberately ‘opaque’. As they say, “If you know, you know.”

The t-shirt uses elements of poppies; with a cross-section across the middle of a poppy on the chest, and a shield graphic on the back that could be mistaken for a camo print, but is actually grey and white poppies.

The t-shirt flash sale finished on the 26th October – in time for Remembrance Sunday delivery with the team selling a whopping 563 t-shirts! Visit their facebook page here for the latest. We told you they could do it. Keep your eyes peeled for the subtle design and remember “if you know, you know”. Find out more about Elliot Brown here.

← Shiny happy reflective children! Surely these are the most stylish food flasks you've ever seen? →