We went to the “Get Ready for Brexit” OIA Forum 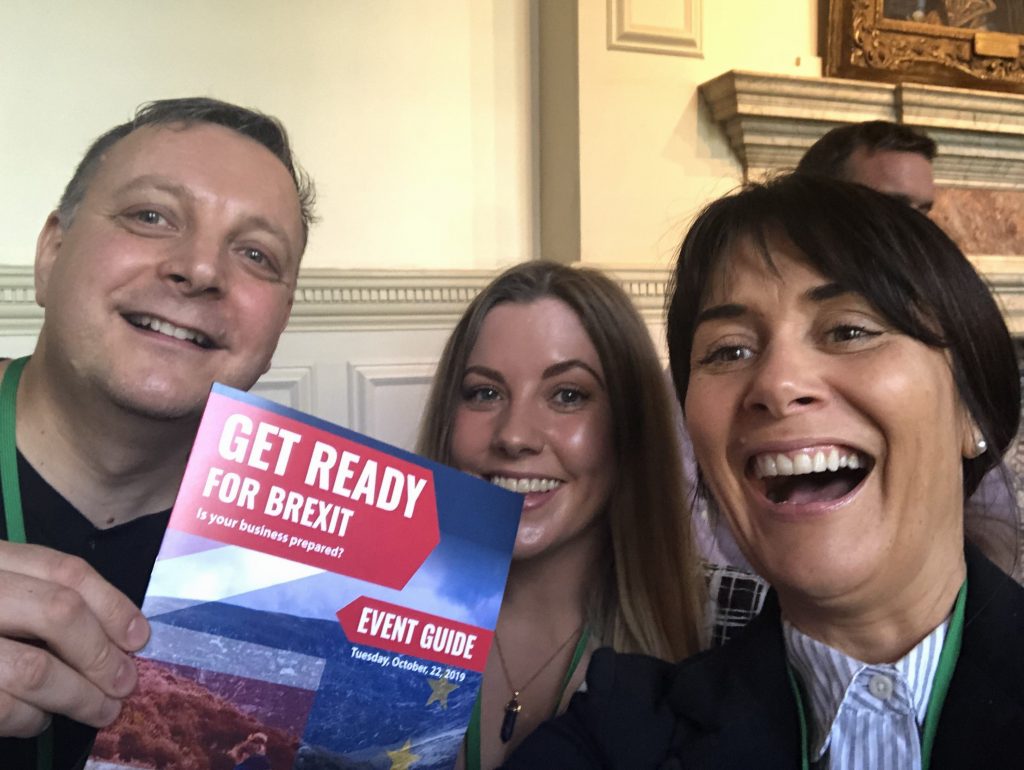 Did I really want to go to this?  Not really, not to hear more about Brexit.  But on the upside, industry people were going to be there – I like them – and running a business that’s shipping things in and out of the EU means I probably should take a bit of an interest in the process.  Maybe, just maybe, the Forum will make me feel better about the whole thing.

Andrew Denton [Chairman of the OIA] and his reliable, hard-working team which included the good folks at MCS hosted this Government-funded Brexit Forum.  It was open to both members and non-members.

Held at the Royal Geographical Society building, close to London’s South Kensington, the team put together an all-encompassing roster of speakers to address what Denton referred to as “the most important thing to happen in this country economically since the second world war”.

‘Brexit guru’ Mark Essex of KPMG was the first speaker;  I liked his easy, approachable manner.  It soon became clear that there’s no way to make it simple because there are so many variables, but he had drawn up an interesting, colour-coded matrix which helped track some ifs and their consequent outcomes.  Essex is renowned for pretty accurately predicting the Brexit vote [a vote to leave of between 51% and 53%].  I have to admit, his historic, wise prediction gave me hope that he could predict a bright and rosy future for us.  That, sadly, wasn’t the case.

He, like many in the room it seemed, voted remain but as he said, “pretty quickly accepted losers’ consent.”  He identified himself as a member of one of four tribes, the Accepting Pragmatist.  In fact, it’s the existence of these tribes that’s making it so tricky to just get on with it.  Other tribes he outlined included:

You end up with a situation where each tribe treats the other with trepidation and doesn’t trust it to pass legislation.  A kind of prisoner’s dilemma.  You probably have a majority in the House of Commons he said, but they aren’t voting that way for fear that their worst nightmare might come true.

Essex couldn’t see EU leaders looking to promote difficulty regarding an extension, but his worry was non-state actors.  Disillusioned fishing fleets, people making mistakes and not understanding how things work, ports going through a state of disruption through the attitudes of people using them to demonstrate their feelings – rather than the politics itself.

His talk triggered several questions including “What happens if the house doesn’t accept the timing plan and the EU won’t grant the extension and they physically run out of time?” to which he replied that this was quite unlikely.  Ralph at Rosker made me smile when he said getting through to the Civil Service on the topic was like trying to get Glastonbury tickets.  “Would the UK be a catalyst for the rest of Europe to exit?” asked Stephen Bailey of OutdoorGear to which Essex replied, “I think much of Europe, having seen the angst that we have gone through, might be put off for a while!”

Arne Strate, General Secretary of the EOG reassured everyone that whilst we may be leaving the EU we’re not leaving Europe.  “We’ll continue to create meaningful programmes with you like the single-use plastics project” said Strate.  “The changes might be annoying, but there will still be trade and we will still need each other.  The outdoor sector has this ability to work together, stay agile and work around these issues.  I think the trade as a whole will pull through and I think we will still be able to prosper in the future” he said. Better news then.

Oscar White, founder of Beyonk, bounded on stage and enthusiastically invited everyone to get into teams to brainstorm the opportunities and threats associated with Brexit.  Whilst we all focused on doom and gloom.  The threat side of the flip chart was chokka but we eventually turned a corner and started seeing the light.  The opportunities started to sprout and hearteningly the opps column bulked-up a bit.  The main threats concerning the room were things like tariffs, currency fluctuations and labour issues.  Opportunities included direct budget savings, fiscal policy autonomy and the ability to become more efficient.

I don’t think there was a person in the room who didn’t take home Dan Peck of Efficio’s quote that “Brexit is a process not an event”.    He rightly pointed out that we have already seen change as a result of the Brexit process: Sterling has dropped since the referendum and is much more volatile than it has been in the past and migration to the UK has dropped considerably.

I was interested to learn from Kurt Janson of The Tourism Alliance that 38 m people visit the UK every year with 25 m coming from the EU.  This surprised me as did the amount they spend – £23 billion.  Did you know tourism in the UK is the second largest export earner in the service sector after finance?  Sadly, though we are making it really difficult for overseas visitors and already between 5-10% of French and Germans are scrapping the UK from their travel plans.

James Allen, founder at Counsel kicked off his talk by extolling the virtues of the UK outdoor industry.  The second largest outdoor economy in Europe.  As a sector we make a significant economic contribution in terms of retail and visitors.  But the larger contribution is the indirect difference we make to the well-being of the population which is enormous.  He pointed out that the outdoor sector is clearly neglected by policy makers whereas mainstream sport did very well.  In fact, he said the sports sector generally has failed the current generation.  We live in a wealthy society but 80% of children just aren’t active enough.  He raised an interesting point: why is it that there’s a bike-to-work subsidy but nothing for walking?  “Brexit” said Allen “can be a way of getting into conversation with the Government”.

So how did I feel after all that?  Well, there is still work to be done to get Spring PR Brexit ready but I do have an EORI number and we all have more than six months on our passports so we’ll be at ISPO.  It was great to be in a room with people that shared the same fears as me with experts that were unable to predict the future but who overall made us feel that everything’s going to be okay.  The problem it seems, is the limbo we are currently in, what lies ahead, on the other side, could really be quite positive but how can we know until we are actually there?  I for one am willing to give whatever outcome we end up with my full support.  I am, after all, an Accepting Pragmatist. 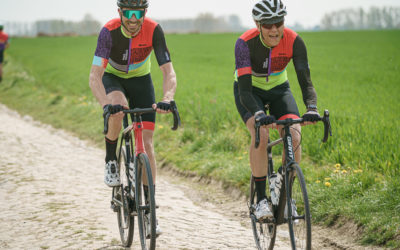 A cycling press trip riding on the cobbles of northern France

This Easter, while we were all tucking into our Easter eggs with our feet up two British cycle journalists were having a very different Easter experience. They were on a cycling press trip to experience a ‘taster’ of the Paris-Roubaix otherwise known as “The Hell of...